Central Lincoln PUD was proud to be a part of the 2018 GEAR UP College & Career Fair in Newport, Oregon on October 24th. Representing the utility was Journeyman Lineman Isaac Wolf, Apprentice Lineman Cody Malloy, and Apprentice Lineman Guy Elliott.

The Fair is an opportunity for high school students to meet with representatives from the region’s colleges, military branches and businesses and organizations promoting apprenticeships and trade careers like Central Lincoln. Approximately 1500 juniors and seniors from area high schools attended the event—which has been held for the last seven years.

“We were honored to be involved with the Fair because we wanted to let students approaching graduation know there are options other than college. A traditional four-year degree isn’t for everyone. Trade schools offer pretty compelling career paths—especially in the electric utility world,” said Cody Christian, Safety Coordinator at Central Lincoln. “Trade schools typically take a lot less time to complete, have smaller class sizes—and the majority of the training is hands-on, which is an ideal environment for many types of learners.”

Cody also remembered a comment from a local high school counselor that’s stuck with him. “Only 30 percent of a recent graduating class planned to attend college—the rest went to work at local mills, to logging or commercial fishing jobs. It’s so important to provide the students with career options other than college.”

Journeyman Lineman Isaac Wolf agrees. “I am a big advocate of Central Lincoln having a presence at these types of fairs. It’s important for us to be able to tell, and show, high schoolers that there are many good opportunities and options, in addition to college. Some are even in the communities they were born and raised in. It’s only fair that they have the information about the good, family-supporting wage jobs out there and that trade careers can be viewed as an achievement and something to be proud of, too.”

The 2018 GEAR UP College & Career Fair was a great success and Central Lincoln is already looking forward to the 2019 Fair! 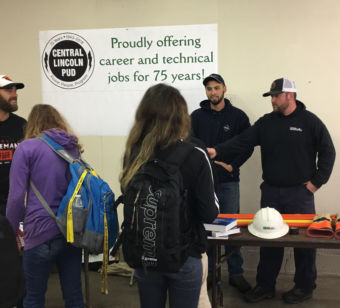 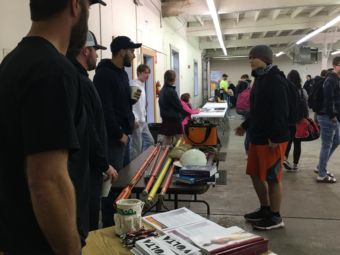 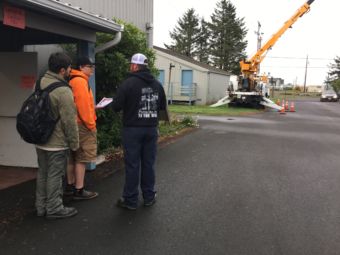 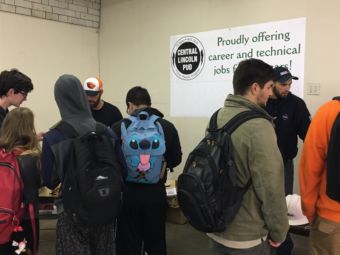 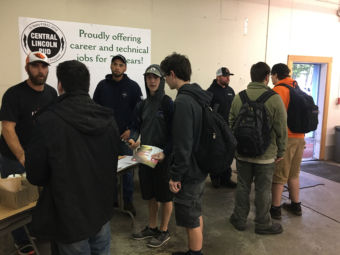